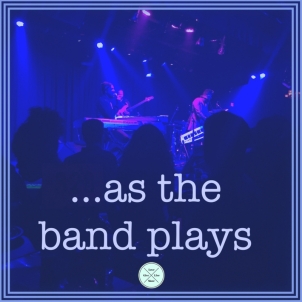 Being on the drumline in college remains near the top of my list of “things I’ve had the best time doing.”  I loved every minute minute of it. I was in some of the best shape of my life.  Whenever I felt tired, I told myself to push past it.  Those and many other lessons have shaped my thinking and work ethic to this day.

Back then, I played snare drum (for those of you who may not know, I played the drum that was most prominently displayed in the front-it’s played like a table top). We most often played first, or had the most challenging music; note-for-note.  Naturally, I could hear my part the most.  During sectionals, I was taught to not only listen to my part, but also to the other snare players to ensure that we were playing the same part with exacting precision.  I also learned how the other percussion instruments fit together when we all were playing.

Zooming out, I could faintly hear the rest of the band was playing, because only bits and pieces of sounds would arise between our beats.  I didn’t know precisely what they were playing, yet I trusted that we all sounded good as a unit.  I never got discouraged because I knew as a band we were making beautiful music.

In the same way, this inspires me to remain encouraged. Although it may seem that what I am doing isn’t affecting the world, there are many others who are helping to make “beautiful music” out of their collective efforts around the world.  Together, we will exact change in the world.